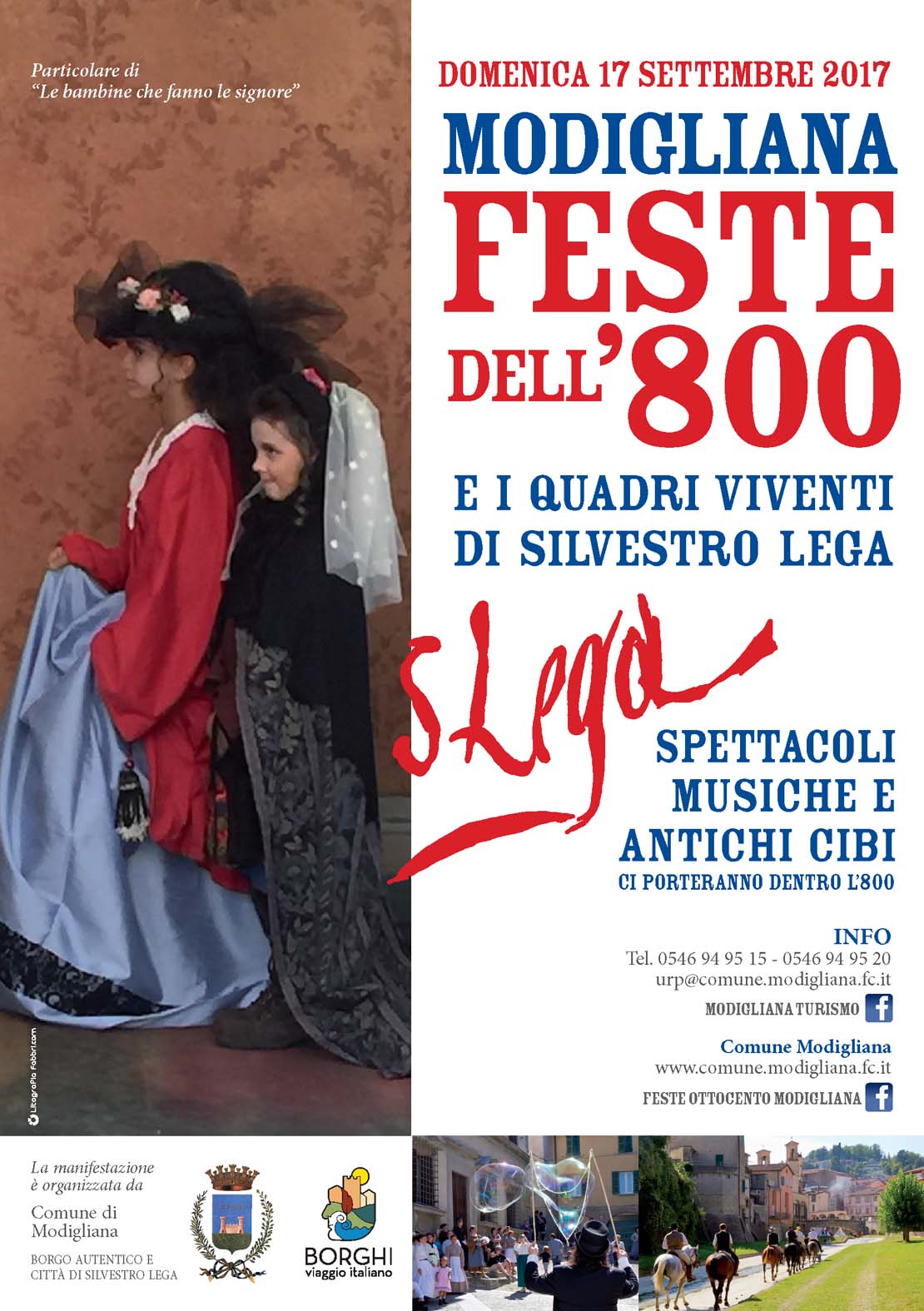 Posted at 10:58h in Uncategorized by Luca Retini
Share

In Modigliana since 1996 are held in September and exactly the third weekend of the month: The Festivals of 1800: Tableaux Vivants.
The idea was born in 1995 in conjunction with the celebrations for the centenary of the death of Modigliana’s painter Silvestro Lega, who saw their most significant moment in a monographic exhibition inaugurated on May 6 and ending July 29 of the same year. To continue paying homage to the painter and expanding the knowledge of his works, it was conceived to organize a party that would recreate the atmosphere and the typical surroundings of the period with the layout of tableaux vivants. In collaboration with all the voluntary associations of Modigliana: Pro Loco, Civil Protection, Auser, Accademia degli Incamminati, Families Group of the parishes of Santo Stefano and San Domenico, Agesci and with the valuable contribution of many volunteers, we managed to make a unique event. The main attraction of the event is the exhibition of some thirty living pictures inspired by the most famous masterpieces of the great Master. For setting up paintings, frames, backdrops, costumes and with the participation of volunteers can be seen in Modigliana: “The song of the stornello”, “The visit to the nanny”, “The curiosity” and many other works by Silvestro Lega.
During the day of the event with the ticket you are entitled to a free visit to the Civic Museum and the Pinacoteca, which preserve the original paintings. The village is transformed into the old town, in addition to the market of typical products, works by Modigliani artists and musical animation, many people dressed in the typical costumes of the 19th century.
On the riverside you can find a place to consume a typical farmer’s snack: the Gulpeda, bundle containing sausages, bread, cheese and wine (Aquarel) as they used to make peasants in the fields at the time. In the evening in Piazza Don Minzoni dance the squares and other group dances on the notes of Carampana, a music group that, through historical research, offers singing and dancing typical of the once-aways. In the previous evenings there are a lot of musical and theatrical moments dedicated to the typical works of the 19th century, with performances of musical bands, choirs and theatrical companies, and a great concert organized together with Emilia-Romagna Festival in the Dioni’s Sound Circuit.