“Rio Monte” is situated in Modigliana, in the Province of Forlì-Cesena, a country full of traditions and history that finds in the hospitality of its people one of the most peculiar aspects. Modigliana is the most prominent center of the Tramazzo valley. In the Middle Ages it was the fief of Count Guidi, a powerful family dominating over two hundred castles between Romagna and Tuscany.
The city is rich in historical buildings, Palazzo Pretorio, Palazzo Borghi, the ancient Fortress and Dome. The Museum Don Giovanni Verità keeps many works by Silvestro Lega, a painter who was born here. Modigliana, culturally lively, also is home to the Academy of the Incamminati born in 1600. 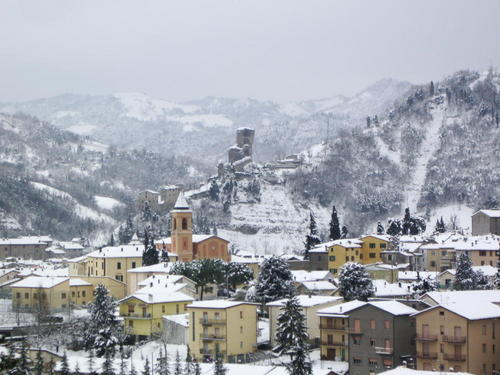 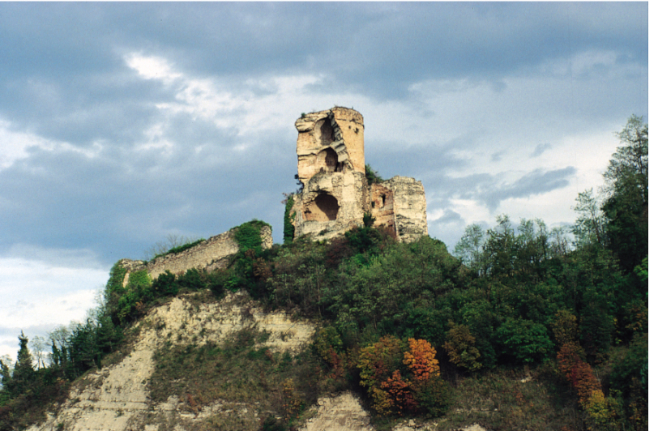 The Fortress, also known as “Roccaccia”, lies where the Ibola and the Tramazzo rivers meeting. Maybe it was built between 830-864 on a solid rectangular base with river stones. Its medieval fortress was the cradle of the powerful Counts Guidi, lords of Ghibelline vocation, who possessed more than two hundred castles scattered across Tuscany and Romagna. The counts Guidi appropriated at the beginning of the 10th century. The central tower dates back to the 15th century, and the 1661 earthquake deprived him of the battlemen that overwhelmed it. In 1915 there was a collapse that produced the current ‘vertical split’ that allows the viewing of interior spaces and constructive techniques.

Among the most beautiful medieval squares in the province of Forlì-Cesena, Piazza Pretorio is accessed by the archway leading into the Borgo Vecchio and several buildings are overlooked. Palazzo Pretorio, in stone of a typical Tuscan type dating to the 14th century, the seat of the Podestà since 1377 now is the seat of the Pinacoteca Silvestro Lega. The ex-church of SS. Sebastiano and Rocco (1560), home of the Fathers Scolopi, now is a communal property, recently restored and dedicated to Pietro Alpi, founder of the major local industry, destined to cultural activities. Palazzo Borghi of the late Tuscan Renaissance, according to tradition there was a famous “barter”: the legend tells that Phillip of Orléans, pretender to the throne of France, stopping to Modigliana had from his wife a daughter (16 April 1773), Maria Stella, that with jailer Chiappini’s male newborn would have been exchanged for not ruining the succession to the throne. 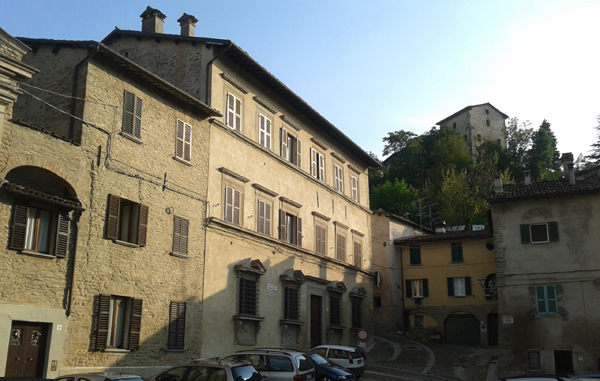 A traditional medieval humpback bridge, of those that at times have called bridges of the Devil, that climb over the stream Acerreta. The origins of this monument go up again to the 18th century when Mrs Casalini, noblewoman of the near villa “La Colombaia”, had it build for personal use. It also conducted to a chiesetta built by S. Pier. Damiani dictates of S.Given disappearance today.

It’s the ancient Parish of Saint Stephen in Juviniano of which the ancient crypt remains. Quoted since the 892, devoted to S. Stephen Pope and Martyr, were deeply already rehandled in the 15th century. The new fifteenth-century building was consecrate at Pope Giulio II on the occasion of his passage from Modigliana in the 1506. Other works were realized in 1756 whenthe church was subsequently magnified and the bell tower was raised in the 1764. The inside was built in Baroque style with three aisles, divided by great pillars. In 1859, was founded the diocese of Modigliana and the Parish became Episcopalian center and Cathedral of the city. Of great interest is the Sanctuary of the Virgin of the Canton that, built behind the corner (canton) of the apse of the Parish, maybe it was built in the 15th century. It was designed for protecting the Virgin’s image on the wall and during the centuries it was enriched of decorations and furnish. Inside can be admired the reproductions of Silvestro Lega’s paintings realized between 1858 and the 1863 representing the four calamities from which the Virgin protected Modigliana: the Famine, the War, the Plague and the Earthquake. 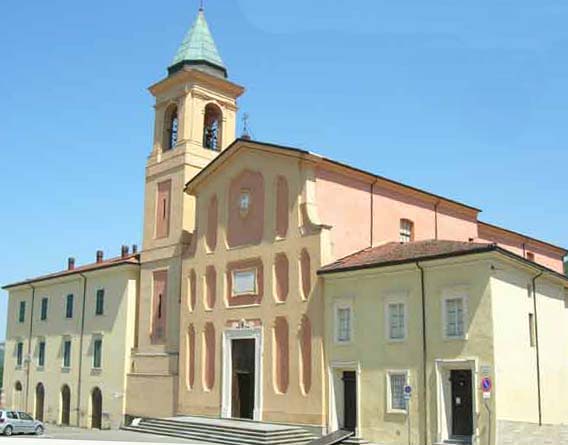